On 17-18 May in Rhodes island, Greece the EU Island 2022 forum was held featuring keynotes from Greek minister of Energy and Environment, Kostas Skrekas, Commissioner for Energy, Kadri Simson, EU parliament member, Tonino Picula, the Rector of University of Aegean, Chrysi Vitsilaki and the Mayor of Rhodes, Antonis Kabourakis. A deliberative session on energy security and climate transition with the participation of students from the Aegean University and pupils from Rhodes high school concluded the morning agenda of the first day. In the afternoon, the forum attendants had the opportunity to visit the first GR-eco island, Halki, to witness the island’s transition to clean energy and sustainable mobility.

On the second (Action) day three plenaries took place Act, Shape and Explore and 4 sessions (2 sessions in parallel). RE-EMPOWERED pilots and foreseen interventions were presented in an on-site audience of about 35 people by the European project coordinator from ICCS-NTUA, Mr Nikos Hatziargyriou in the parallel session, ACT: Balancing interconnections and energy storage for the clean energy transition of islands. Mr Hatziargyriou emphasized the opportunity offered by RE-EMPOWERED for knowledge exchange between EU and India. The session was joined by representatives from Spanish national government, Portuguese regional, government, the industry (Greek TSO & utility company) and academia. Mr Hatziargyriou presented also the first attempt to promote penetration of renewables in Greek islands made in 2017 through the Smart Islands project of HEDNO (Greek TSO), a feasibility study for selected islands Symi, Astypalea and Megisti/Kastelorizo on the installation of storage to support the transition towards clean energy.

The forum was completed with a debate session What does RePowerEU mean for the islands? moderated by Alexis Chatzimpiros (Samsø Energy Academy) with Eero Ailio (DG ENER) , Søren Hermansen (Samsø Energy Academy), Dr. Maria Kottari (School for Transnational Governance, EUI) and the director of RE-EMPOWERED partner DAFNI Network, Kostas Komninos, discussing about the implications of the new package of the European Commission on the energy future of the EU islands. 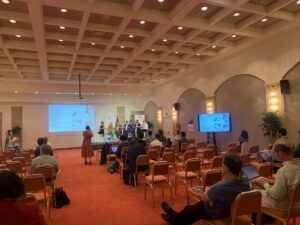 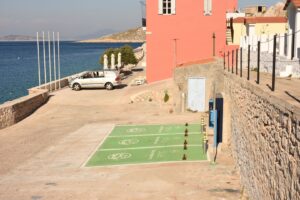 This website uses cookies so that we can provide you with the best user experience possible. Cookie information is stored in your browser and performs functions such as recognising you when you return to our website and helping our team to understand which sections of the website you find most interesting and useful.

Strictly Necessary Cookie should be enabled at all times so that we can save your preferences for cookie settings.

If you disable this cookie, we will not be able to save your preferences. This means that every time you visit this website you will need to enable or disable cookies again.

This website uses Google Analytics to collect anonymous information such as the number of visitors to the site, and the most popular pages. Keeping this cookie enabled helps us to improve our website.

Please enable Strictly Necessary Cookies first so that we can save your preferences!